HOW WE TEACH THEM TO READ!

understands most of what is said and 75 percent of speech is understandable
speaks in complete sentences of three to five words
matches pictures to objects
learns by doing and through the senses
understands concepts of "now," "soon," and "later"
begins to recognize cause-and-effect relationships

follows simple directions; enjoys helping with household tasks
begins to recognize own limits — asks for help
likes to play alone, but near other children
does not cooperate or share well
able to make choices between two things
begins to notice other people’s moods and feelings
Tips for Parenting 3-Year-Olds

No longer a toddler, your 3-year-old takes in knowledge about himself and the world around him.

Transitions are difficult at this age. Provide warning of changes so your child has time to shift gears: “We’re leaving in 10 minutes.”
Rituals are important. Household routines and schedules give your 3-year-old a sense of security. Point out colors and numbers in the course of everyday conversation: “You’re wearing your blue shirt” or “We made six cupcakes.”
Encourage independent activity to build self-reliance. Provide lots of sensory experiences for learning and developing coordination — sand, mud, finger paints, puzzles.

running is more controlled; can start, stop, and turn
turns somersaults; hops on one foot; gallops
can easily catch, throw, and bounce a ball
can brush teeth, comb hair, wash, and dress with little assistance

uses a 1,500-word vocabulary; speaks in relatively complex sentences ("Mommy opened the door and the dog ran out.")
understands words that relate one idea to another — if, why, when
continues to learn through experience and the senses
understands, mostly, the difference between fantasy and reality
understands number and space concepts — more, less, bigger, in, under, behind
thinks literally; starting to develop logical thinking
begins to grasp that pictures and symbols can represent real objects
starts to recognize patterns among objects — round things, soft things, animals
grasps the concepts of past, present, and future but does not understand the duration of time

takes turns, shares, and cooperates
expresses anger verbally rather than physically
can feel jealousy
may sometimes lie to protect herself, but understands the concept of lying
enjoys pretending and has a vivid imagination
Tips for Parenting 4-Year-Olds

Display calendars and analog clocks to help your child visualize the concept of time.
Play word games to develop his growing vocabulary; overlook his fascination with bad words.
Offer opportunities for sorting, matching, counting, and comparing.
Provide lots of play space and occasions to play with other kids.
Milestones: 5-Year-Olds

runs in an adult manner
walks on tiptoe, broad jumps
walks on a balance beam
skates and jumps rope

distinguishes right from wrong, honest from dishonest, but does not recognize intent
plays make-believe and dresses up
mimics adults and seeks praise
seeks to play rather than be alone; friends are important
plays with both boys and girls but prefers the same sex
wants to conform; may criticize those who do not


Your cooperative, easy-going 5-year-old loves to play and that’s how he learns.

Join in activities that develop coordination and balance — skipping and hopping, walking on the curb or crack in the sidewalk, or climbing trees.
Encourage fine motor skills by letting your child cut pictures out of magazines, string beads, or play with take-apart, put-together toys.
Take advantage of his interest in numbers by counting anything and everything; teach simple addition and subtraction by using objects, not numerals.
Let your child know what to expect from an upcoming event or activity so he can prepare. Avoid springing things on him.
Help him recognize his emotions by using words to describe them: "I see you’re angry at me right now."

This story of Jimmy and Maria illustrates the range of skills, interests, and abilities considered typical development for this age.

Jimmy pressed his forehead against the window as he watched his neighbor Maria drive away in the car with her mother on their way to her first day of kindergarten. He sighed and waved. He hoped Maria would see him, yet he didn’t want to go outside to make sure.

Jimmy felt sad and disappointed that he was’t going, too. At the same time he was glad that he could stay home.

Jimmy had asked his mother why he wasn’t going to school. He was going to be five soon, just like Maria. And he could do all kinds of things. He was good at running, jumping, and climbing. He could roller skate and ride a tricycle. Maria could do some of those things, too, but not like Jimmy.

Maria couldn’t really climb a tree, but Jimmy was the best tree climber ever. He didn’t tell his mom, but he had climbed the tall tree in Maria’s back yard. She didn’t even try to climb it. She just yelled at him to come down. She thought he was going to hurt himself.

"Girls! Maybe it’s a good thing that Maria is going to school," Jimmy thought. "It’s better to play with boys anyway. Boys do more fun things. Girls like to sit and color and write and play house and cut out paper dolls and all those yucky things." But Jimmy had to admit that Maria liked to play ball and chase and run, too.

If only Billy lived closer! But mom said he’s too young to walk all the way over to Billy’s by himself.

"Young, heck! That’s what Mom told me about school — I’m too young to go to kindergarten. I’m going to be five in two weeks! That’s not too young," Jimmy had told his mother.

She replied that she wasn’t talking about being just five years old. She said that he was a "young five."

"Whatever that is!" thought Jimmy.

Mom explained that there were things he still needed to learn before he went to school.

Mom had said it was OK to stay home and just go to preschool until kindergarten. She told him that not all five-year olds do everything at the same time. Maria can draw and write numbers and letters and cut with scissors, but Jimmy was just beginning to do those things.

He told her that he could run, jump, and stand on his head better than Maria could. Mom said that was great, but in school they want you to sit in a chair and write and cut and paste. That made him very, very sad, and he cried a little. Mom hugged him and told him that he was just fine and soon he’d be able to do all the things that Maria could do.

"Look at all the wonderful things you can do," she said. "You build great castles in the sand and amazing objects with Legos. You tell wonderful stories, and you listen very carefully when I read books to you. And you’re a super joke teller." Mom always laughs and laughs at Jimmy’s funny jokes.

She told him that next year would be a fun year, and he would grow and learn a lot. In preschool, she called it pre-kindergarten to make him feel better, he’d learn all those things that he’ll need to know for kindergarten. She said she would help him with the alphabet and numbers and writing at home. She said he already knew his colors and shapes and that he uses grown-up words when he talks.

"Mom is always telling me all the things I can do. That makes me feel good. I know she really loves me!"

Remember that these milestones represent averages, not rigid developmental deadlines. Children move through these changes at varying rates, some sooner, others later. You’re the best judge of your child’s development and what is "normal" for him, but if you have any concerns, discuss them with your child’s pediatrician. Just when you think you’ve figured out your child, something changes. Today he demands constant attention; six months from now he may be pushing you away. You may find strategies that once worked no longer have any impact on him. Don’t worry, this is normal!

National Center for Learning Disabilities:
Get Ready to Read!

Thank you for listing the developmental skils to be expected at these age levels. Its helpful to know what to expect of our children. When we expect a skill above their age level, it can lead to frustration and discouragement on the child's part instead of fostering success and motivation. Thanks!

Good dispatch and this mail helped me alot in my college assignement. Thank you on your information.

Promote Your Page Too 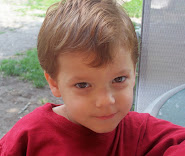